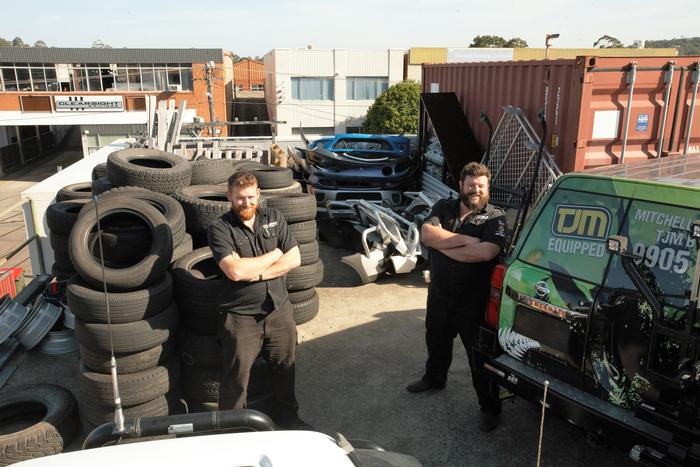 Based in Sydney's Northern Beaches, Mitchell Bros 4x4 is a team of nine that offer servicing and repairs to new and old 4WD vehicles, from oil changes to comprehensive major works. After an "epiphany", the brothers Aaron and Ben Mitchell, decided they wanted to find more responsible ways of disposing of their waste materials from the workshop.

Aaron Mitchell said that he’d never really considered that 4WD enthusiasts had a negative environmental image until he was labelled an “environmental vandal” many years ago while on a trip to the Watagan Mountains. That interaction was an epiphany that has led to a passionate drive to reduce waste and recycle at home and at work.

After implementing some recycling systems at the workshop themselves such as PET and aluminium recycling, Mitchell Bros 4x4 undertook the Department of Planning, Industry and Environment Bin Trim program with the help of Edge Environmental, which provided the business with a waste assessment and recommendations for areas to focus on. The team set up an 8 metre long wall in the workshop with bins for each material including oil, oil filters, aluminium, cardboard, hard and soft plastics and comingled recycling including glass. The business pays to recycle used tyres because they know it’s the right thing to do, but makes money back on recycling batteries and steel, particularly high quality aluminium products such as bumper bars and intrusion bars.

Mitchell Bros has reduced its general waste collection significantly since the Bin Trim action plan was put in place. General waste collection has been reduced from a 660L bin once or twice per week to once every three weeks. Aaron is now saving $1,500 on his annual waste bill and is recycling an additional 35,000 litres of waste annually.

"The plan is working really well, the team know exactly what they’ve got to do now and it’s really saving us a heap of time, money and resources. We’ve found the biggest improvement was the removal of the soft plastics. I didn’t realise how much space they really consumed in the general waste". Aaron Mitchell, Mitchell Bros 4x4. 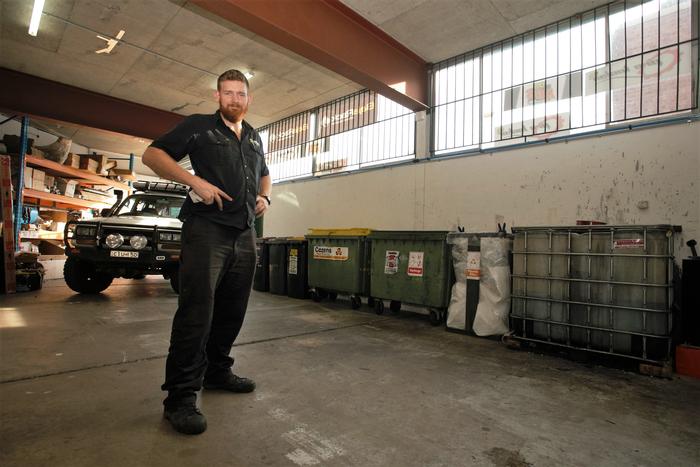 Getting the right stuff in the right bins was a challenge initially but they overcame this through the strategic placement of re-used 60 and 20 litre oil containers and other bins around the workshop and staff training. Everyone was encouraged to put waste into the correct bins whilst it was in hand, rather than put things on the workshop floor and having to tidy up later.